Stephanie is a proud Pathways alum from Kingston, Ontario. She believes that programs like Pathways are building young people’s confidence, giving them the tools to advocate for themselves and their community.

Growing up, Stephanie enjoyed many positive aspects of life in Kingston’s Rideau Heights neighbourhood. “It’s a really close-knit community. Everyone knows one another, and they all respect each other. They lift each other up.”

But the stigma attached to the community was a constant reality that underscored many of her experiences before and during high school. Recalling as far back as the fourth grade, Stephanie can remember anticipating judgemental reactions upon sharing where she went to school. “The good parts are not what everyone sees, unfortunately. We were all intelligent, but eventually you start to doubt yourself.” 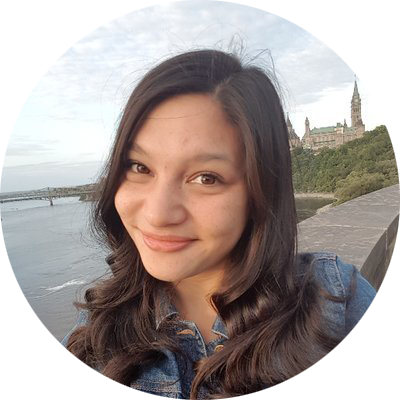 Stephanie joined Pathways in Grade 9, and was part of the first cohort of Pathways students in Kingston. Pathways staff were instrumental in assisting her transition from her small elementary school into a high school environment. “The Pathways staff became our support system. The kids who questioned whether they could do it or were self-doubting suddenly had that confidence because someone was there to say, ‘You can do this, and here are the tools to do it.’”

Stephanie’s Pathways mentor opened opportunities for her and other classmates to get more involved with their community. Instilled with the drive to create positive change, Stephanie believes youth are building a stronger future for Kingston. “Young people come back as volunteers and are working with the organizations that gave them what they needed to become the people that they are today.”

Stephanie notes with pride the ripple effect of the contributions of her fellow Pathways alumni. “They’re using everything they learned from Pathways to help the next generation of youth. Individually, they’re changing the community in what seems like a small way, because it’s just one person, but it has a huge impact in the long run.”

After graduating from the Pathways Program, Stephanie went on to complete a Bachelor of Arts in Public Relations at the University of Ottawa and currently works in the Ministerial Correspondence Unit at Fisheries and Oceans Canada.

Stephanie hopes to eventually move back to Kingston and continue to champion for its residents. She reflects on the role Pathways has played in shaping her community’s future by helping youth find their voice: “Pathways is changing Kingston, and changing the way people see other people. They’re giving youth the opportunity to expand their horizons and, in turn, expand the community’s horizons. Now they’re not just kids from the North end. They have a name, they have a story, they have potential—and that is important.”